Yep it's Happened! My first fall off

Well firstly I was Okay and no one else involved, no serious damage to bike or self. So what happened?

It was about 3pm that afternoon in good visibility, moderate traffic movement and out in open countryside. My approach to a roundabout to turn right, all normal maneuvers, correct lane, hand signals, life-saver glance etc. See yellow route onto roundabout and red where bike had gone over and slipped along. 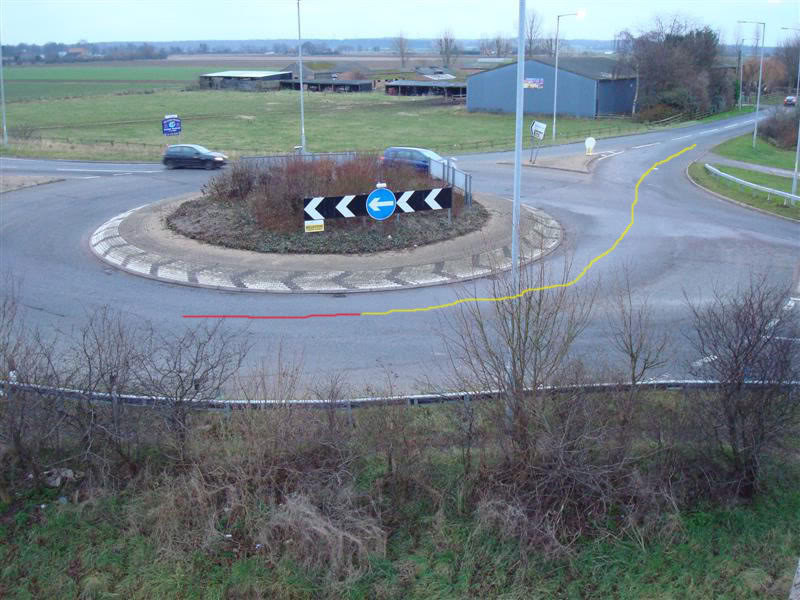 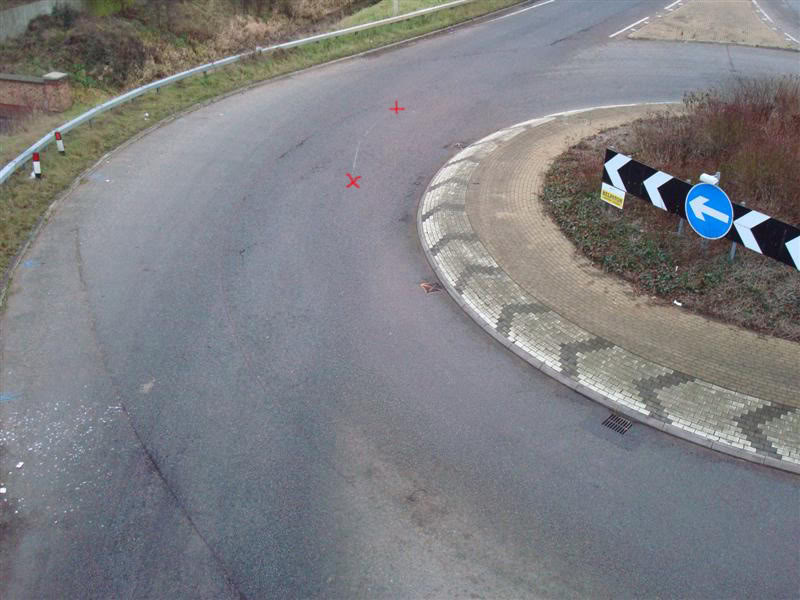 Basically at 20mph going round, the back wheel lost it's grip and off I came. No damage to bike at all just foot peg and kick start lever dug into tarmac, front mudguard hit deck and front brake lever bent back a bit. I was able to straighten the foot peg as it was on a taper and not spline, thank goodness. Me? Well there's just a graze on the right elbow, which is surprising as there was no damage at all to my flying jacket that I was wearing, the inside is sheepskin lined so I don't know why the graze should appear. I also have just a slight ache in the neck from a slight jolt when going down. No impact on road at all though. I got back on quick and set off straight for home where I put bike away, got gear off and picked up camera and went back to the scene to try to work out what happened. 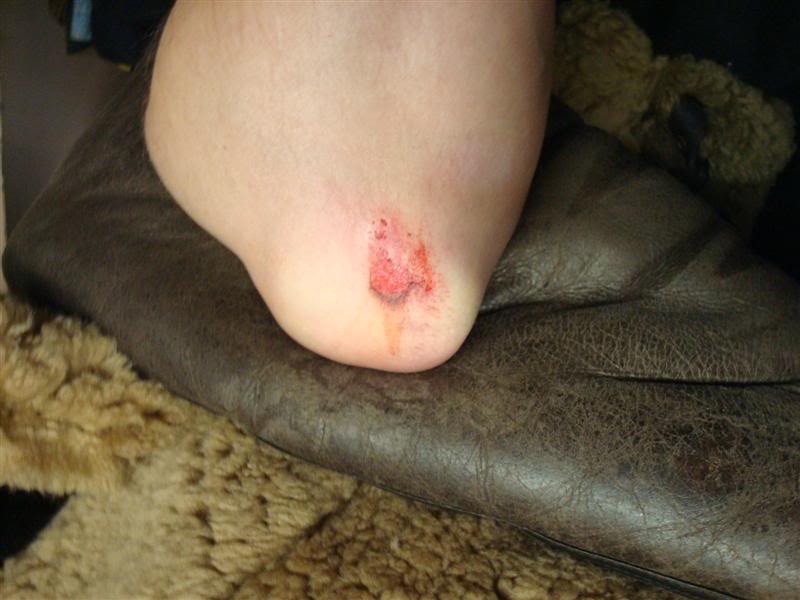 Looking at the road surface, it was worn but not so badly that it needed re surfacing. 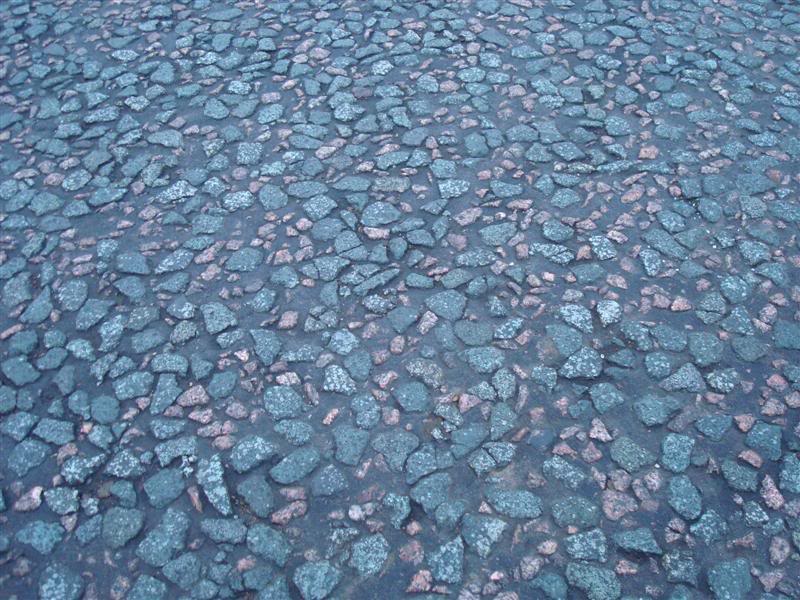 It was certainly not a diesel roundabout; there was no oil or fuel smell at all. The smoothness of the worn surface might have been made slippery from use of salt but the road did feel dryish when putting my hand on it. I can't remember opening up the throttle when just starting to come out of the turn I probably didn't as I was still at a turning angle.

At the time I was really enjoying the ride, it was not cold, I was not tear eyed up, and not in any sort of rush as I am still treating the bike as a re-build and running it in nice and gently. But the one thing niggling me, and that is the Avon Speedmaster tyres. The front one held okay which is the one that I am most cautious of, it was the back one that lost its grip.

I'd always hated that square edge on turnings and roundabouts and replaced those tyres with Dunlop TT100s on one of my A10s. I know I would probably have been okay if I was on that bike this afternoon. The bike that I was on today was the BSA A7 Star Twin and I had been talking to my mate about changing the tyres to something much more rounded and with good thread. Not the TT100s but something else possibly a Dunlop K70. 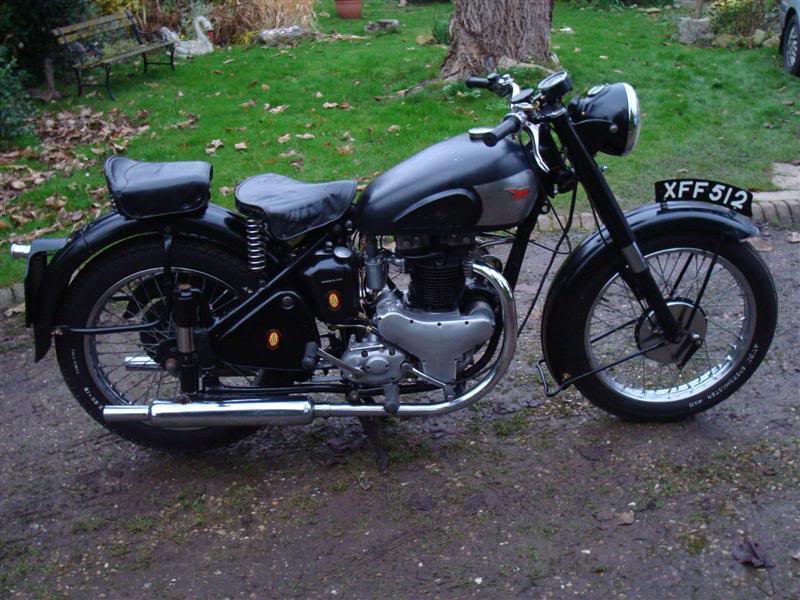 To sum it all up, the experience has been interesting especially the going back and looking at the site straight afterwards and taking photos. Needless to say I'll be changing the tyres very soon! But... I will keep the rear Avon on my other touring A10 simply because it is a good strong harder wall and is able to cope with heavy loads ie two adult riders and all the camping gear. Probably the Avon is okay with a heavy load, but certainly not on a lighter bike as I have found this afternoon.

Any comments, criticism or advice about this is very much welcome!