I’ve had a burning desire for a Big BSA single, and although I have my M21, a 500cc ohv single  is an entirely different motor to the 600cc side valve motor that the M21 has. Once again, like the Star Twin, I have chosen a plunger frame, but what really caught my eye with this model is the 1953 tank badges. These are very Triumph and Enfield like and have a nice flashy motif especially as the badges are a combination of paint and polished brass.

I was lucky in the summer (2010) to purchase a cheap 1962 Super Rocket for only £2,500, this I used as a straight swap for this B33 with only half of the delivery cost to pay which was £75. I bought the B33 from Pembrokeshire Classics after seeing the photograph on google Image search. The whole deal was conducted by emails and photographs without even a live eye look over, well as distance was so great I did not have much choice.

So a reasonably good deal was struck and I was generally happy with the bike when it arrived but obviously nervous as to what I would find. Indeed there were problems as this was to be expected of a 57 year old machine! Most noticeably was the broken mudguard hinge, shown in the small picture below, the head lamp lens was not correct as I don’t think cibie head lights were around at that time. The seat looks so wrong although practical, I will be fitting a single sprung seat, probably the old one off my M21. Carburetor? well many owners like the concentrics but I prefer the original pre monoblocs, these old carbs with the external float chambers are good carbs when set up correctly and look fantastic when polished up with copper piping etc. 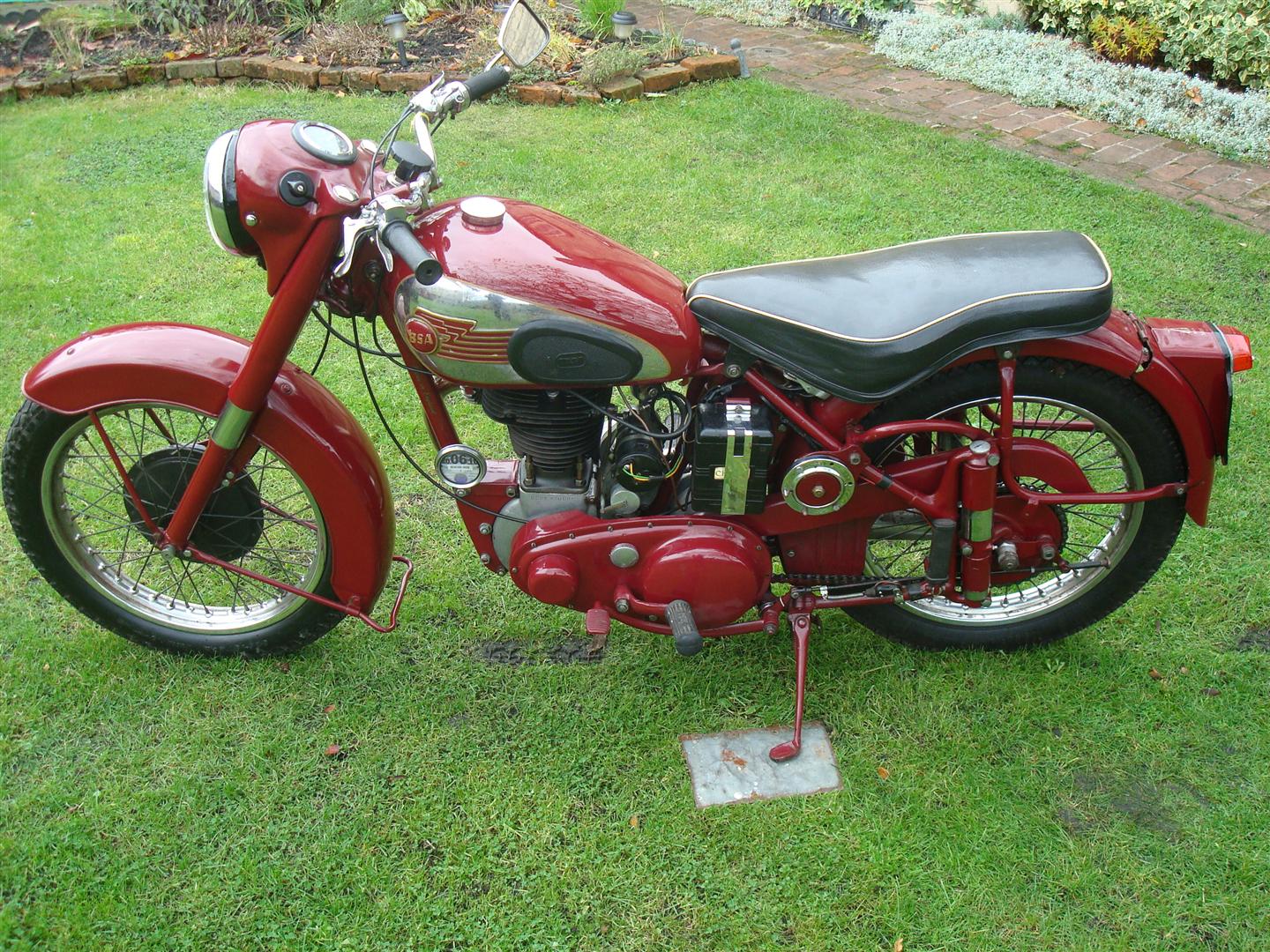 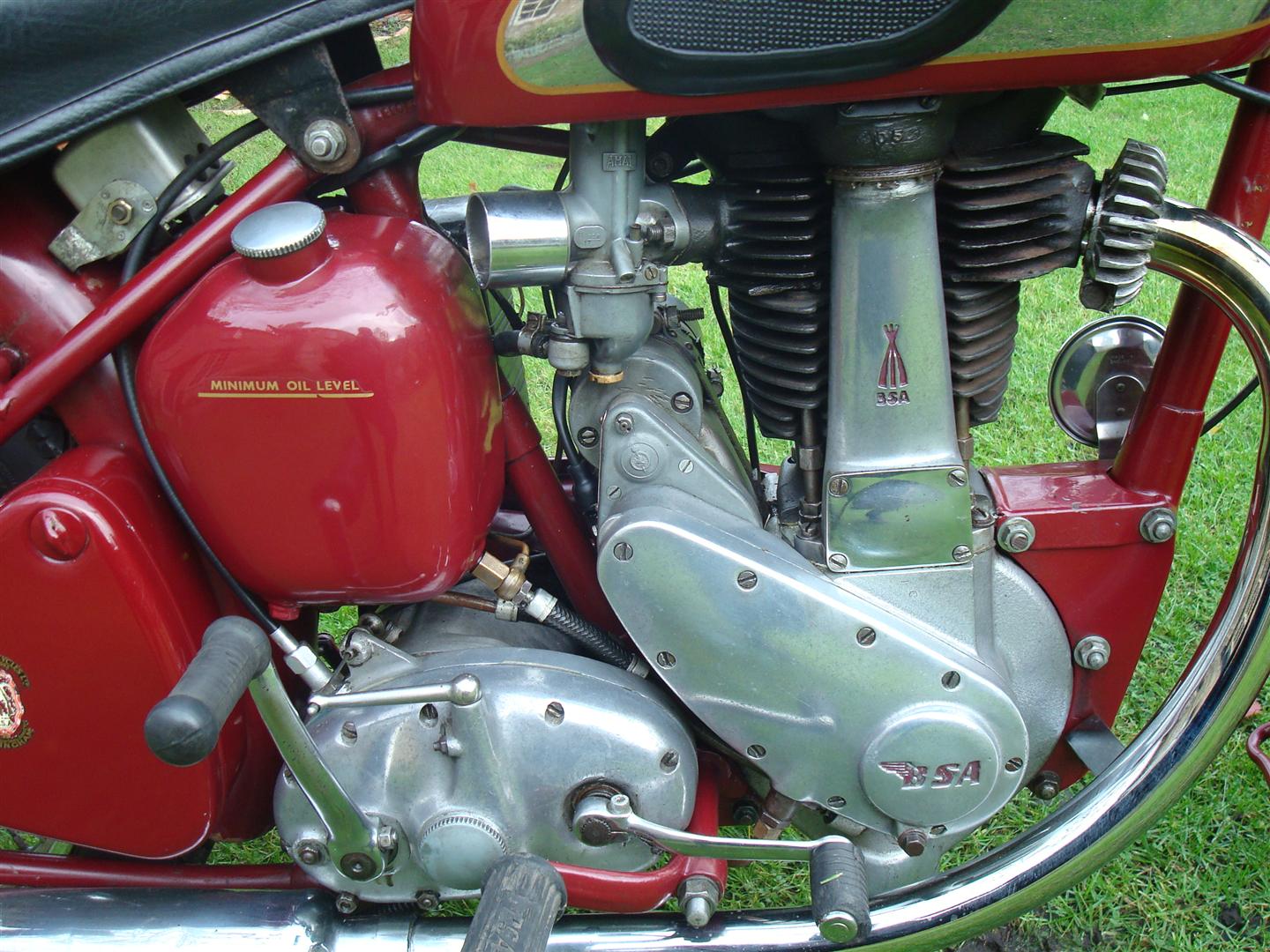 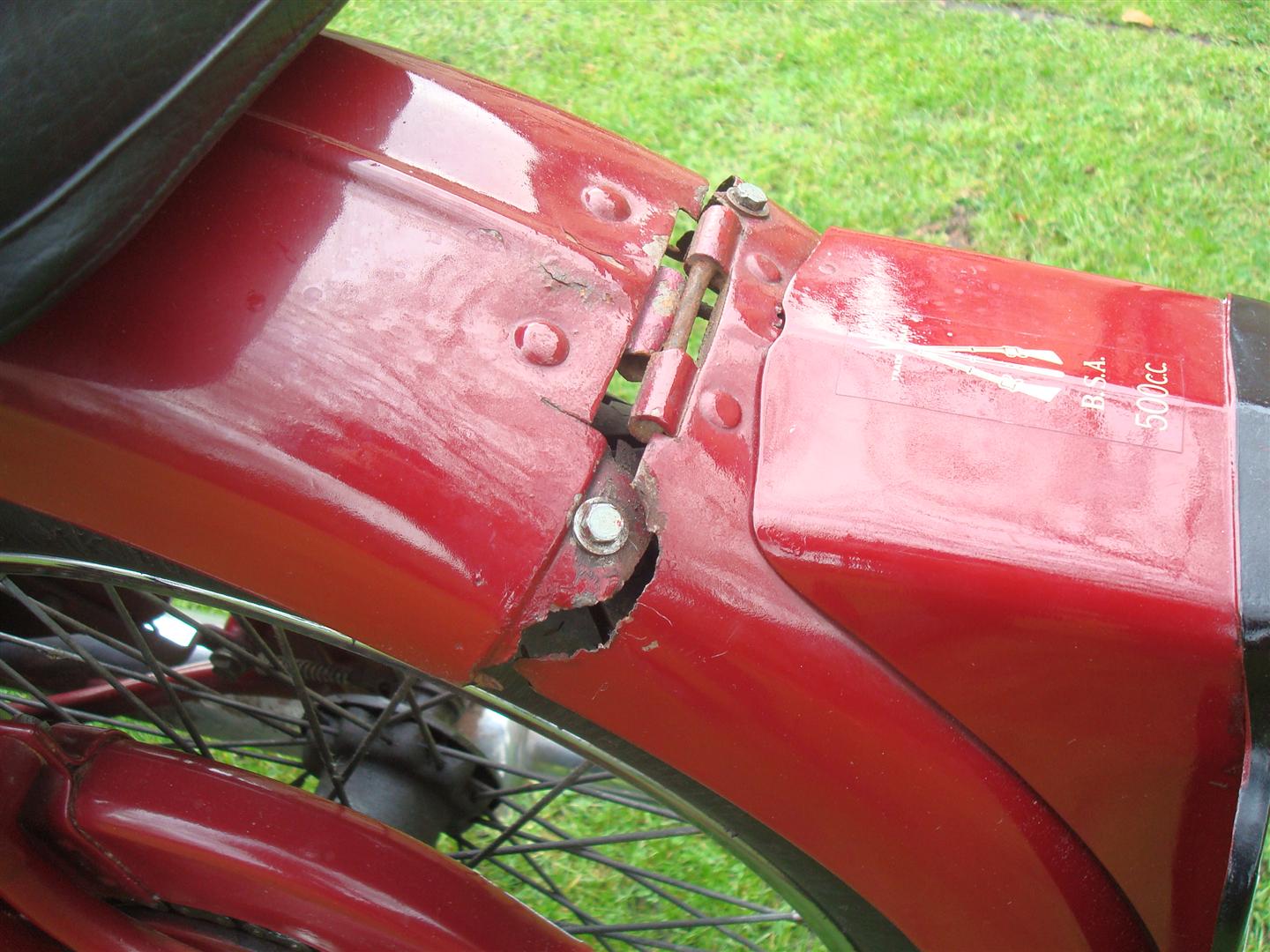 Eventually when all the necessary jobs were done the following pictures are what the bike looks like now. 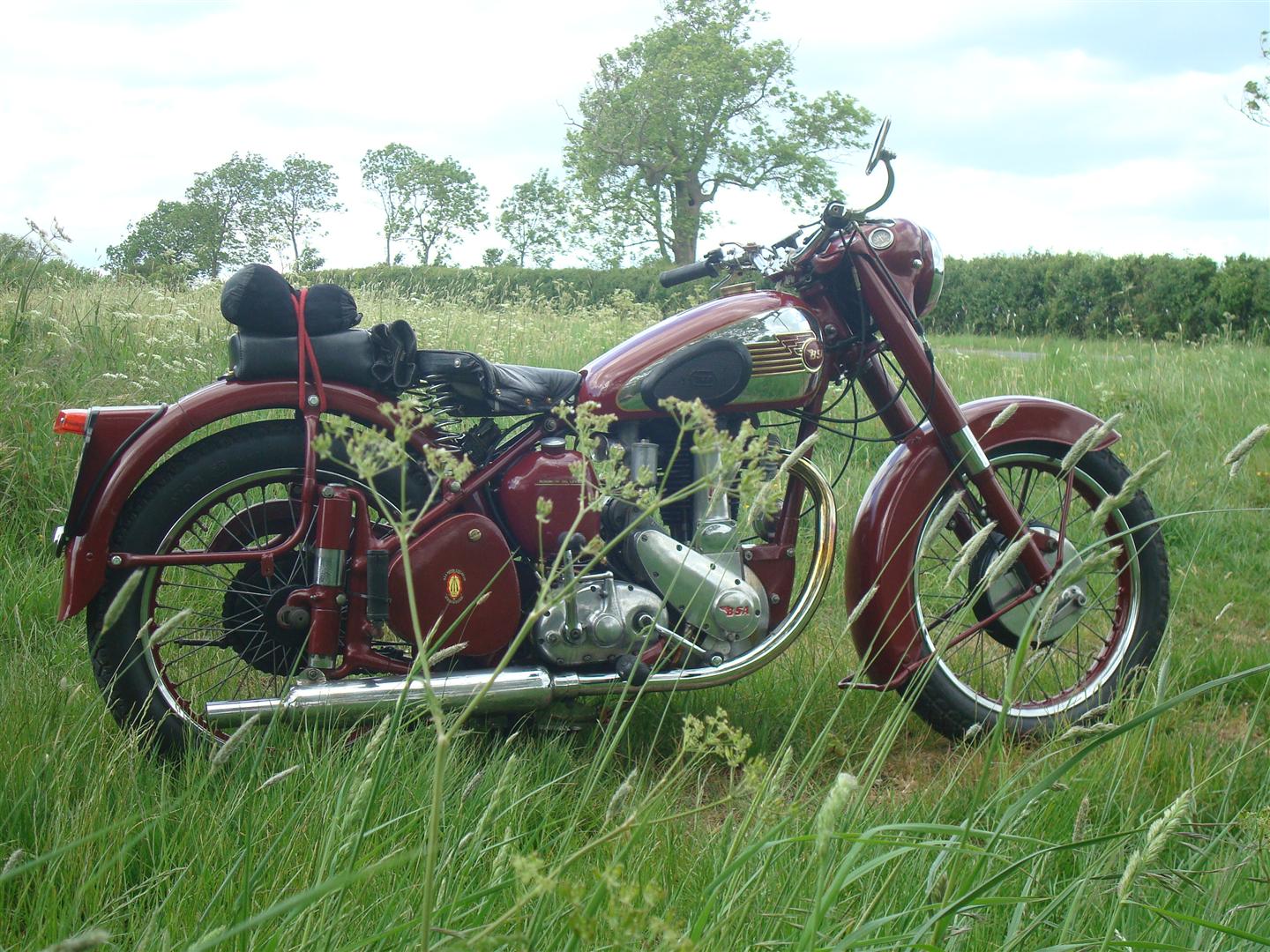 There is no doubt that the B series engines are a fine engine to look at especially when the alloy is polished and BSA logos are painted in with red enamel. I’m excited to make the adjustments that I mentioned earlier and to fitting the Amal pre monobloc carburettor… 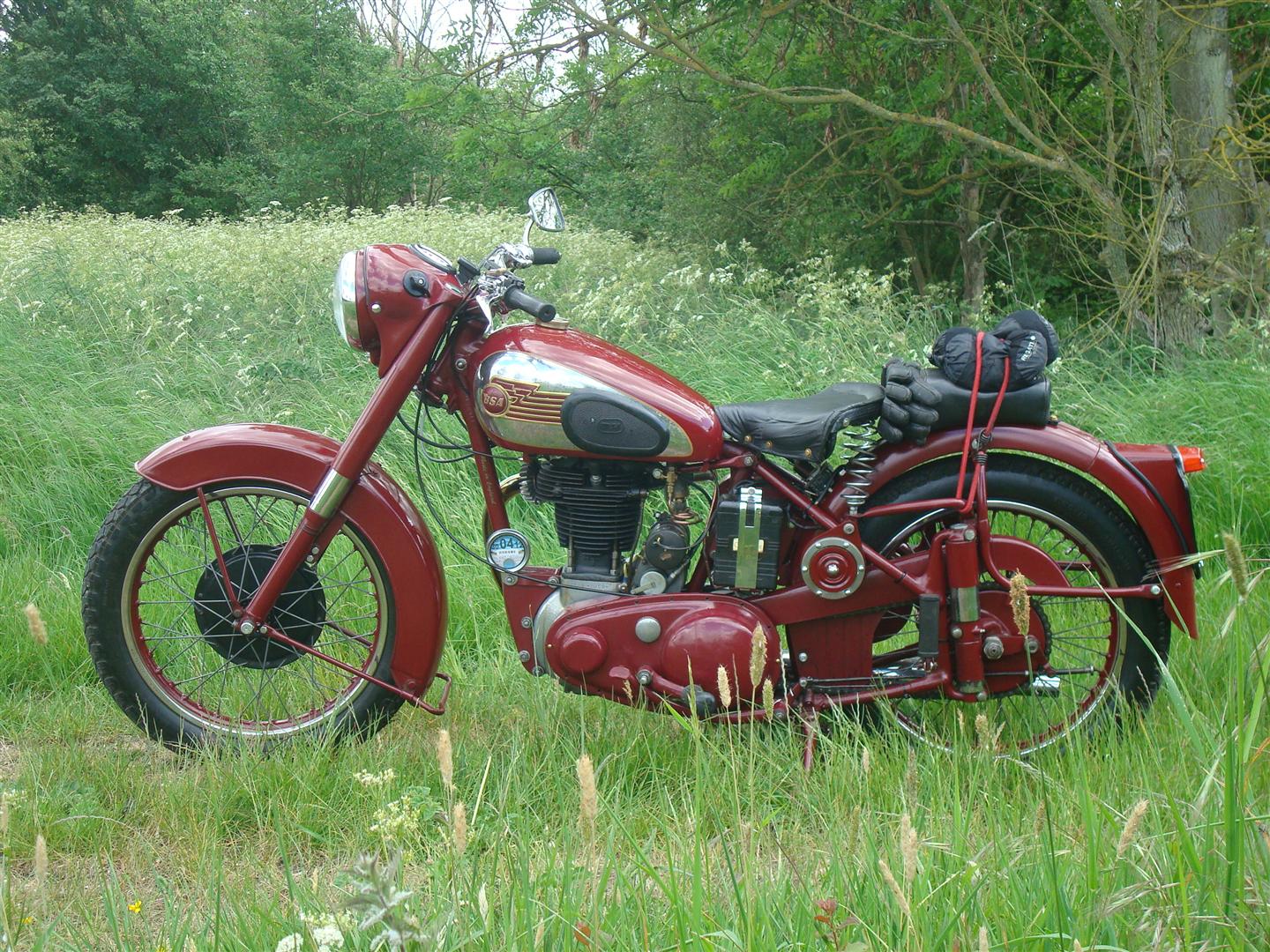 The broken mudguard above shows what a challenge I had in making a decent fix. Basically what I did was to put a new hinge in, I found a good household brass hinge which did the job perfectly, but... It is times like this when I wish I could use a welding/brazing kit. 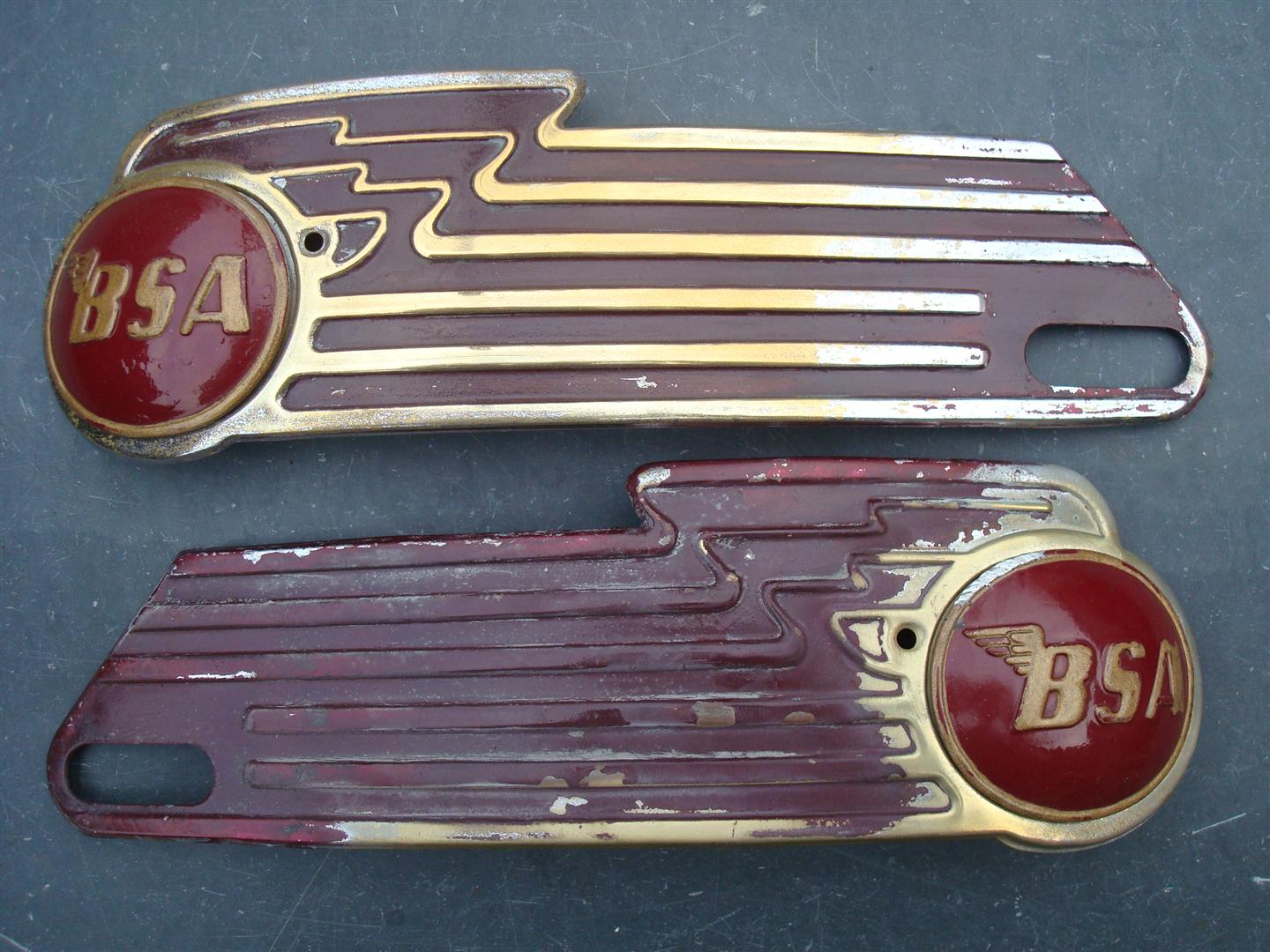 Obviously one of the first things  when I got the bike home was to try and start it up…. and after checking where the advance/retard lever was it was not long before I got the bike up and running. The magneto needed investigating I felt, and there were oil leaks caused by a broken magneto seal and the pushrod tunnel gland seal. These jobs were fixed after I had the engine out and fitted new main bearings. Not everything went smoothly however as you can see one of the problems I had in the following picture! Grrrrrrrrrr 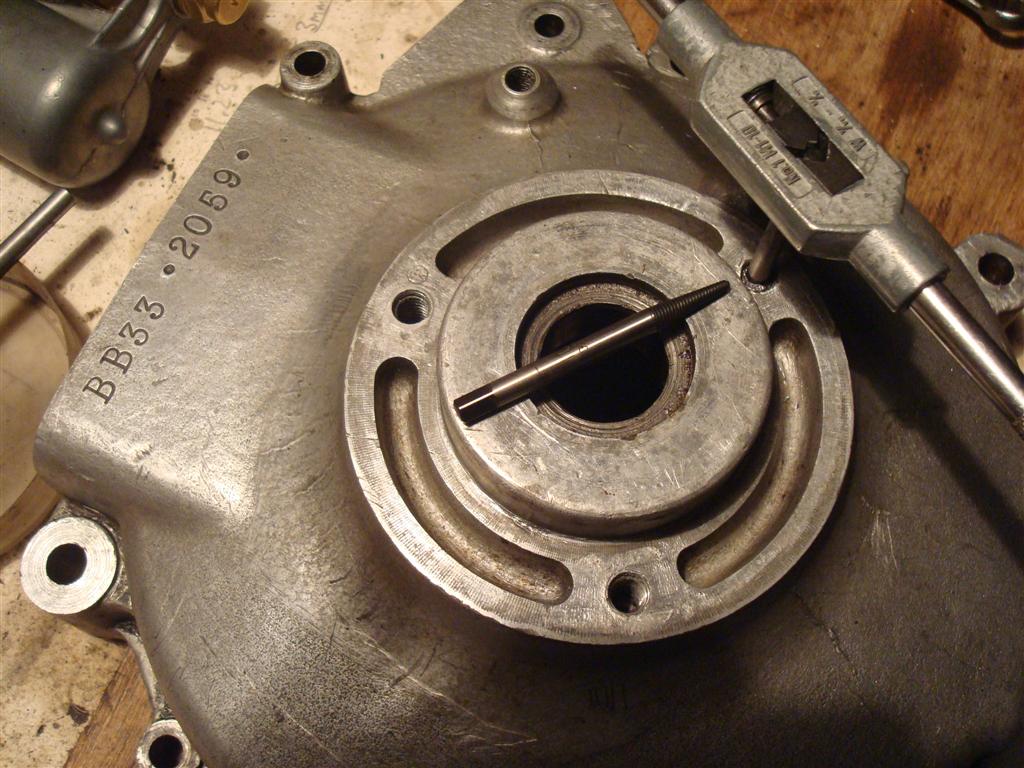 Well, its time for an update! We had a good summer on the B33, taking it down to the south coast on the trailer of our campervan. There were a few problems but nothing too serious. The most noticeable problem was the bike being hard and uncomfortable to steer/handle. This turned out to be one of the fork legs not being tightened up to the top steering tree and was resulting in the wheel being at an awkward angle, this was noticed by a friend rider following. So over winter I completely stripped the front end down even to the steering bearings, I found the bearings to be too crowded so removed one ball, having greased up and put back together the whole front end now feels so much better.